Coffee tastes really good, so it’s no surprise that people have been trying to improve the taste even more. Spiced coffees are quite common in near eastern cultures like Turkey and Yemen. A recent trend in the western world, though, is adding cinnamon in coffee grounds. 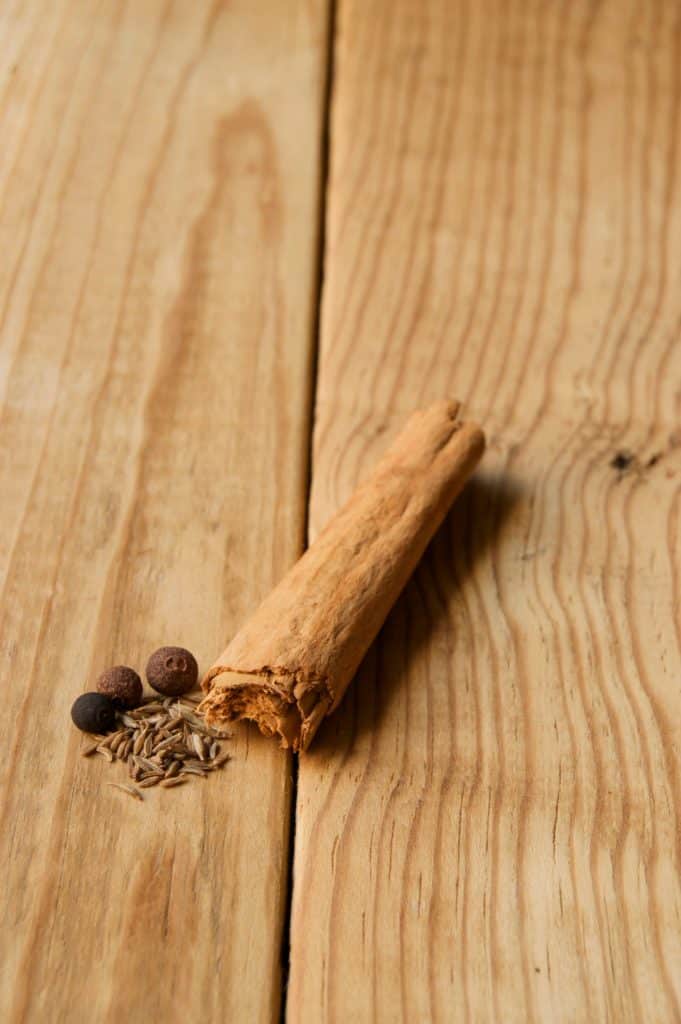 How to add cinnamon in coffee grounds

Adding cinnamon to your coffee seems like a winning idea, since cinnamon is oh so good and coffee is just divine!

However, if you tried to add cinnamon to hot coffee, the cinnamon will probably clump together to form a sludge of cinnamon on top of your coffee.

The best way to add cinnamon to coffee is to mix it in your coffee grounds! If you’re making drip or pour over coffee, just sprinkle some powdered cinnamon on top of the bed of coffee grounds and pour or brew as you normally would.

As the water filters through the bed of coffee, it will absorb the cinnamon aroma and infuse it in your brewed coffee.

If you are using a french press or another immersion brewing method like cold brew, add small bits of cinnamon stick instead of ground cinnamon. The ground cinnamon is too fine and will get through your filter and into your coffee, and you don’t want that.

Why you should have coffee with cinnamon

1. Cinnamon improves the taste of coffee

Cinnamon is a really unique spice in that it goes well with both sweet and savory foods. It has a really unique, earthy, and sweet-ish flavor that complements nearly all kinds of flavors. Adding cinnamon will help add a zing to your coffee, and a sprinkling of ground cinnamon will actually help improve the taste of stale coffee grounds.

2. Cinnamon is a great sugar substitute

Since cinnamon tastes sweet, it’s a great replacement for sugar if you’re looking to cut back on sugar or calories. Cinnamon is an effective sweetener in many things(oatmeal tastes great with it, for example), so it’s no surprise that it goes great with coffee too. Honey and maple syrup are also good sweeteners, but they still contain natural sugars. Cinnamon has no kinds of sugars at all!

3. Cinnamon is full of antioxidants

Studies have found that cinnamon(among other spices) helps regulate your body’s insulin levels after a meal. Insulin spikes are a normal process of digestion, as your body has to ramp up production to digest all the sugars from your meal. However, insulin spiking too high can result in a subsequent crash when all the insulin is used up, making you feel hungry again. By keeping insulin levels in a normal range, you can prolong satiety.

5. Cinnamon may have cognitive benefits

What if there was a food that would magically make you smarter? It’s not quite as simple, but a study from Wheeling University that participants who smelled and ingested cinnamon fared better at completing a set of tasks compared to participants who did not smell and ingest cinnamon. I must imagine it would have been difficult to control for other variables, but considering this study was from a university, they hopefully had a solid research methodology!

All other things aside, cinnamon happens to contain a high amount of vitamins and minerals that your body needs. The list is quite impressive. According to the US department of agriculture, a single teaspoon of cinnamon contains:

A sprinkling of cinnamon won’t make the cut for replacing meals, though! To put things into context, the amount of iron in one teaspoon of cinnamon is just 1% of your daily recommended intake, and is a fraction of a percent of your recommended vitamin A and potassium intake.

However, every little bit helps, right!

Cinnamon is a great way to make your coffee taste better and to make it healthier than sugary coffee. It’s definitely worth experimenting by adding some cinnamon and seeing how you enjoy the taste. The health benefits of cinnamon are definitely very compelling arguments!