It can be Monday morning, it can be Sunday afternoon on a cold winter day, and one thing will always be there to help warm the soul and also ignite the fire if you need an energy boost. We are, of course, talking about coffee.

If you tend to wake up and go straight to the kitchen to prepare yourself a coffee before you begin the day then you certainly wouldn’t be alone. Mornings may be fine, but when is the latest time to drink coffee?

With coffee’s ever-growing popularity and social placing as a “hip” drink to be drinking, it’s easy to see why so many people love a cup of joe.

When is the latest time to drink coffee and how does it affect sleep?

The latest time to have coffee is at least 8 to 10 hours before bedtime, if not more. Caffeine has a half-life of about 6 hours, which means that 6 hours after drinking coffee, you’ll still have half the amount of caffeine in your system.

Ideally, you’ll want to have as little caffeine in your system as possible when you sleep.

A study published from the Sleep Disorders & Research Center, based at Henry Ford Hospital and Wayne State College of Medicine showed us some interesting insight.

The participants in the research maintained normal sleep routines and slept between the recommended 7 to 9 hours each night without napping during the daytime were given a fixed dose of caffeine, along with placebos, at 0, 3, and 6 hours before bedtime.

They had 400 mg of caffeine (the equivalent to about four cups of coffee) and researchers then tracked signs of sleep disturbance. They discovered that at 0, 3, and 6 hours before bedtime, caffeine had a significant effect on sleep disturbance.

In fact, even caffeine consumed 6 hours prior to bedtime affected the amount of sleep by more than an hour!

The quality of their sleep took a hit when caffeine was consumed at all three stages during the day. In comparison to the placebo, researchers saw a notable amount of time spent awake during the night, and this included when they had consumed caffeine 6 hours before bed too.

However, one thing that stood out in the study was how participants may not have felt the caffeine in their system, but regardless, it still disturbed their sleep quality for the worse.

This isn’t what the researcher’s sleep monitor came back with though.

The thing to take into account here is that you can just go by your own perceptions when it comes to judging how caffeine is actually affecting you, and this is particularly key when you have sleep in mind.

So, that soothing warm brew in the late afternoon to help see you through the rest of the day after a tiring shift at work could well be keeping you up for longer than you imagine.

For more information on avoiding coffee and the effect it has on sleep, check out this fascinating book by Michael Pollan: 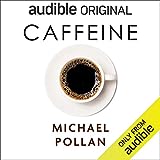 Coffee might be putting a slight bump in the road as far as your sleep in concerned, but this doesn’t mean you should completely yourself from coffee.

As we mentioned there are numerous benefits associated with coffee, while having an alert brain is arguably the biggest reason why you chose to drink coffee in the first place.

It can be managed, so take note of these handy tips for your daily routine when it comes to your coffee consumption:

As you will have figured out, caffeine required some time to wear off or issues surrounding your sleep with ensue. With this in mind, your best move is to limit your coffee consumption to morning hours with a 2pm cut-off time in place, assuming you sleep at around 10 pm.

2. Four cups of coffee are enough

A publication on the Mayo Clinic website states that adults should not be taking on board in excess of 400 mg of caffeine in a single day, and this works out to be roughly four cups of coffee.

If you drink more than this, you’re likely drinking too high a level of caffeine which can lead to amplified feelings of anxiety and irritability, and it will take your body too long to remove the caffeine from your system.

The smart move is to kick off the day with a regular hit of caffeine to overcome the feelings of heavy-headedness and you need a welcome boost.

As the day wears on, take things down a notch by drinking decaffeinated coffee or tea (ideally with a non-dairy milk to reduce sugar intake) so that you can be caffeine-free when you head off to bed each night.

When you make a coffee, the temptation is to fill it right up with coffee so that you’ve got a drink that will last. Simply opt for a smaller cup, or not to fill up your existing cup to the top instead. You can also try coffees that have lower doses of caffeine, like espresso and espresso based drinks.

We’ve all reached for the coffee to give us an often much-needed level-up in our alertness, focus, and energy to get us through tasks, or just the day in general!

Being the energising drink for everyone from office staff to builders and catering staff, it’s mainly down to the fact that coffee offers drinkers high amounts of nutrients and antioxidants as well as the widely-known stimulating abilities.

While you might not be surprised to know that the caffeine present in coffee has the ability to improve your brain function and mood, it may come as a shock to know that researchers say the beverage supports a lowered risk of developing not just type 2 diabetes but also Alzheimer’s disease.

However, as they say, you can have too much of a good thing. If you’re consuming coffee on a consistent, regular basis, as with any drug, your body will build up a tolerance. This means that you’ll need increased dosages in order to receive parallel brain-boosting effects that you had previously.

If you choose to go cold turkey, it can result in the onset of withdrawal symptoms including headaches and irritation too.

So, we’ve established that coffee can help you get going in the mornings, but what about at night? Well, coffee is a recognised issue when it comes to the reduction of quality of sleep.

We commonly hear advice about having the best bed to maximise sleep something you can read more about here, but not drinking coffee too late is also something we hear lots of, because it blocks a good night’s rest.

Is it ok to drink coffee before bed?

It varies from person to person. Someone who regularly drinks multiple cups of coffee per day will have a much higher caffeine tolerance that someone who doesn’t. Even so, to get the best sleep possible, try to avoid coffee near to bedtime.

What should I drink at night?

You have lots of options! Water, milk, almond milk, soy milk, decaffeinated green tea, chamomile tea, lemon teas are just some of the choices you have.

Can I drink coffee at 5 pm?

You need to know your own body. How quickly do you process caffeine? If you have a high tolerance, you may be able to get away with it. But if you metabolize caffeine slowly, you may lose some much-needed sleep.