Coffee aficionados are already familiar with the phenomenon that is French roast coffee. However, if you are taking your first steps in the world of coffee, you might not be familiar with the different coffee roasts and their accompanying flavor. Once you’re done reading this post, the next time someone asks you “what is french roast coffee?”, you’ll be able to answer them like a pro. 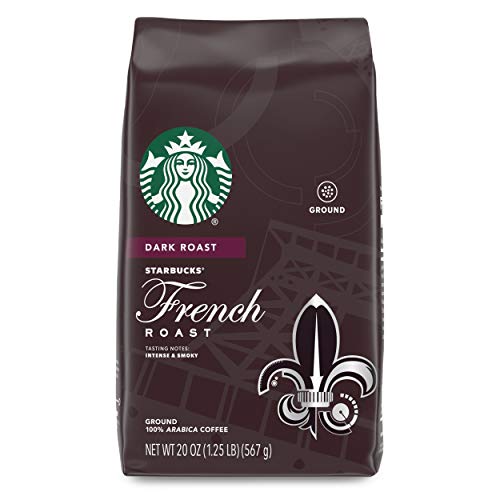 What is French Roast coffee?

While a French coffee roast is not made in France, it does have a French connection (if you forgive the pun). The reason why a dark roast is referred to as a French roast is because it reflects the traditional coffee roasts from 19th century Europe.

What is meant by French roast coffee?

As we mentioned before, it is not about the way the coffee is made, it is all about the roasting process. To understand how French roast coffee is created, let’s take a look at how the roasting is done.

When you speak to a manufacturer of French roast coffee beans, they will also tell you about a phenomenon called “second crack”. The “second crack” refers to the two cracking noises the beans make during the heating process.

First, the beans crack to release steam. Secondly, the beans crack when its cell walls come apart and when the oil comes to the surface of the French roast coffee. This stands in stark contrast with the single crack that is heard with other coffee roasts.

How is French roast coffee different?

To understand how the French roast stands out, it can be advantageous to compare it with lighter roasts. For example, lighter roasts tend to be most acidic in nature. French dark roasts on the other hand, have a clear dark roasted coffee flavor which is far less acidic. On the flip side, this also means that French dark roasted coffee can easily overpower the aroma and the flavor of specific dark coffee beans.

In addition to to the flavor of the coffee beans, French roast beans also have a characteristic look. The dark brow, almost charred color is one characteristic, but also its shiny surface, which is provided by the oil content in the beans.

Actually, no. It is a a common misconception that French roast coffee contains more caffeine. In fact, when a coffee bean is roasted for a longer period of time, it actually destroys more of the caffeine in the bean.

So, if you would still like your caffeine fix but do not want to go decaf, French roast coffee could be the best option for you.

Is There Anything Darker Than Basic French Roast Coffee?

Yes, although it is of the same variety. You can encounter some roast coffee that is labelled as “dark French roast”. It is nothing more than a normal French roast coffee, but just a little darker and oilier.

You could also have a look at Spanish roast. The color of the Spanish roast is almost black, which means they are roasted far beyond the second crack we mentioned earlier. They also have a very shiny surface, once again because of the oils that are released in the roast.

Like the French roast, the long roasting process will reduce the caffeine content of the beans greatly. Once again, it provides a lower caffeine alternative than the average lighter roast.

What Is The Best Way To Brew French Roast?

The best way to make a french roast coffee, as you may have guessed, is to use a french press! The french press is ideal for bringing out full-bodied, bold coffees.

The French press is nothing more than a coffee plunger. It was invented by an Italian designer called Paolini Ugo, and eventually patented by Attilio Calimani and Giulio Moneta.

To use a French press, (freshly) ground coffee is placed in the beaker. Then, hot water with a temperature between 199 and 205 degrees Fahrenheit is added. Of course, quantity is important. For 30 grams of grounds, you would need approximately 500 ml of water.

Of course, you can change the amount of water to meet your personal tastes, although one should not deviate from this too much if possible. Next, the plunger on the press is pressed down; this will keep the grounds at the bottom of the beaker. When you use a French press, it is important not to leave the coffee in the beaker too long. If you do so, it may become really bitter.

The grind is also important when you use a press. Coarser grinds tend to give the best result. So, be sure to take this into consideration when you grind your beans. There are plenty of grinders that can give you the option to grind coarse or fine.

Should I avoid french roast for any reason?

While some people swear by french roast, there are some compelling reasons you may wish to avoid it:

Due to the way coffee beans are roasted for french roast, they will go stale much quicker than a regular light, medium, or dark roasted coffee.

This means that every subsequent cup you make with french roast beans will be less flavorful than the last one. One way to get around this is to buy in very small quantities. That would make the cost of shipping and the environmental cost add up, though.

All french roasts taste the same

The beauty of coffee is that you can typically enjoy a medley of flavors just by changing the type of roast or the origin of the bean. However, french roast is roasted so far that it basically nullifies all of the flavors and you just end up tasting the same dark, bitter, smoky flavor.

French roasts are made from poor quality beans

Since all french roasts taste the same, the quality and origin of the beans used by some manufacturers is dubious. The beans themselves are low quality, or they are sourced from farms where farmers are exploited and not properly compensated for their hard work.

You can get around this by sourcing your coffee from roasters that use Fair Trade coffee.

As we have explained earlier, the French roast does not refer to a brewing method for coffee, but the type of bean. The bean goes through a specific roasting process, which provides it with its darker color and oily surface.

While you do not need any specialist equipment to brew coffee with this roast, there are certain recommendations to avoid your brew from becoming too bitter. Use a French press to bring out the most flavor possible.